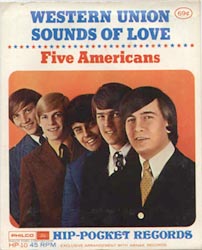 Shirley you must be joking.

What was that line in that dumb but dumber movie from the early 1980’s Airplane, where the air traffic controller said,”Looks like I picked the wrong week to give up sniffing airplane glue“. Well, that’s pretty much sums up my sentiments at the moment.

That feeling of taking things with a grain of salt,being prudent,keeping a level head and taking this all in stride-has immediately shifted out of my left lobe and gone directly by the wayside. I am just none too thrilled to be sitting in an office building,a mere three blocks from the Empire State Building in mid Manhattan and reading this:

“In a stark warning issued by the FBI…”

Mean while back at the ranch, being selective about how much network news and briefings I am allowing into the other part of my brain that hasn’t been completely taken over by all this drama, I totally miss the factthat today was another election day in New York City. Probably even worse news is when I did go vote after work, I was the only one there.

Just as a total aside, did you know that Edie Falco plays the waitress in The Unbelievable Truth? I was watching it again about two months ago and I said,”oh my god, that’s Edie Falco.” She is just so great.
I STILL can not track down her movie that I really want to see called Judy Berlin. It is supposed to be really fantastic.

Just bad weird stuff to get you through the day

some call it filler……

It seems as if everyone is turning to religion these days.
Christian Record revivals seem to indicate a trend going in that direction.

If you are more likely to turn to
The Worst of the Worst,check out
See BJ Dowdy’s Bury Me At Wal Mart.

I am also loving this Museum of Weird Recordcollecting.
Please someone start reissuing hip pocket records.

In these times of crisis I think I would prefer to just die and go to
8 Track Heaven or the 24 Hour Church of Elvis.

Luckily my insomnia riddled brain only has so much to give.