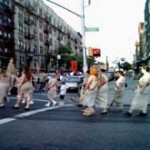 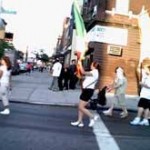 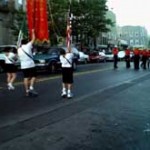 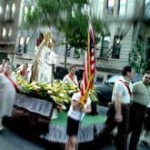 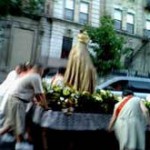 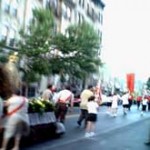 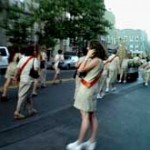 Occasionally on our block you can be woken out of the daze you are in by the sound of heralding trumpets and a bugle core,announcing the arrival of another neighborhood parade.

These little events, which last as long as it takes a group of 30 or so people to walk the stretch of Union, Metropolitan and then Lorimor are always police escorted and sure to bring traffic to a dead crawl.

The girl who cuts my hair grew up here. I asked her the secret meaning behind all the shenanigans. “Hell if I know”, she replied.
She said she never really figured it out, and frankly after being around for almost 30 years she was pretty much over them. I guess if you were not Italian American, who could blame you at that point.

All the same, I still get a kick of these occasional displays trumpeting the “Saint of the Day”, breaking the monotony of the rumbling semi-truck traffic and showcasing what a festive bunch live around these here parts.