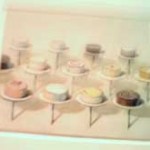 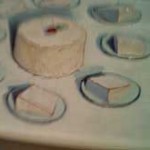 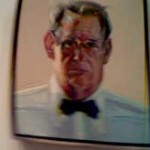 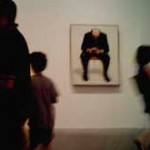 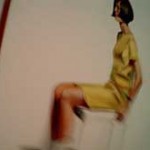 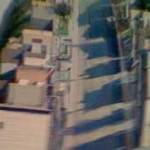 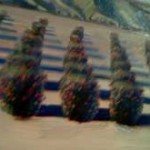 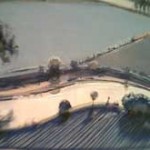 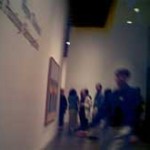 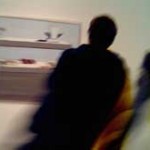 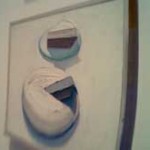 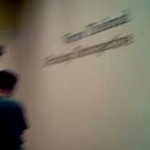 I like Wayne Thiebaud. I thought this was going to be my summer painting show. But somehow, something in the work did not entirely engage me. He is a beautiful painter, but his style leans toward the academic. With the exception of his mid-sixties food series(which he is still best known for)his subject matter is too reminiscent of others from that era. I saw shades of Jim Dine and lots of Richard Diebenkorn (especially in his San Francisco street landscapes).

I felt a little sad, because I respect his work immensely. I just didn’t have any epiphanies as I did when I saw the Diebenkorn  retrospective a few years ago, or my mild obsession last summer when I saw Alice Neel’s work numerous times. Not really a disappointment, but it somehow just didn’t resonate beyond the door.

Another thing that didn’t make it out the door were photos of the Mies van der Rohe architecture exhibit. Upon entering the Mies chamber, there was a strange feeling of being in a Wings Of Desire sub plot. Lots of low level lighting, immense black and white photos and a strange hush in the room. I was busted almost immediately for trying to take photos. Photos I might add would not have come out anyway with the lighting situation. All the same it put a damper on my evening and I decided to come back and see more of Mies some other time.

*[please note: Thiebaud has a beautiful palette of color that he works with, and the poor reproductions I have put up here really don’t do justice to his work, just thought I would mention that it is my ill handy work, not his].