“Seriously, I’m trying to balance my perspective to be a little more informed.”

I like the political analysis that Paul is contemplating over there at disastro. Either side of extreme just evades the issues.

These two articles were passed on to myself by a rather well informed co-worker who has been saying the same thing. Why are American’s sticking their head in the sand? Why don’t we know thy enemy,so to say:
“The Muslim world–both our ever-shifting “friends” in the Middle East and our foes–know a lot more about us than we know about them.”
by a journalist who lived in Baghdad, Iraq during the Iran-Iraq war.

I see I am not the only one having a sudden desire to remove the glue from my feet. Alaska is starting to look good. Kansas? 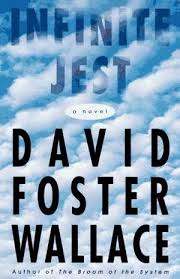 I knew someone at Howling Fantods would beat me to the punch on the David Foster Wallace irony of all ironies.

I think this calls for a round of Toblerone for all, while Linda McCartney sings in the background.

“All this flag-waving makes me very uneasy”

….Calvin, I couldn’t agree with you more.

Hmmm,I see being set into place that wide variety of restrictions that Calvin mentions,clamping in on our civil rights. But guess what,for convenience sake it appears the powers that be are willing to look the other way on some issues. How nice. 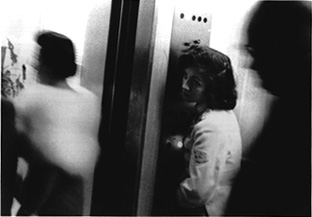 For some reason the sights I see around me do not take me here.

“Robert Frank, Swiss, unobtrusive, nice, with that little camera that he raises and snaps with one hand he sucked a sad poem right out of America onto film, taking rank among the tragic poets of the world.” 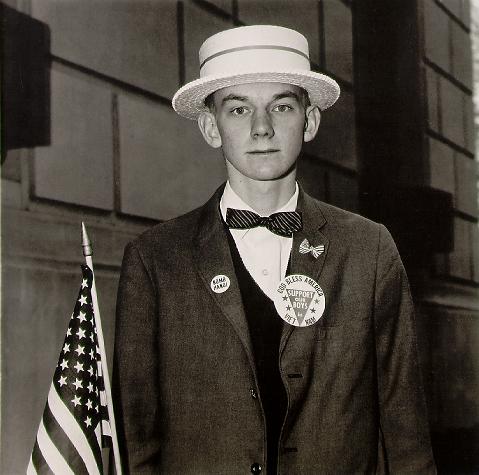 Nostalgia is undoubtedly more comforting to the mind than reality.

Yesterday, if you proceeded through your routine, in your own little tunnel vision world, things seemed to be back to- as they would say normal.

On my way down to the subway after work though, I stopped by the Lexington Armory. The building is covered with an unbearable amount of postings,signs and letters amassing the information of missing people taped to the outside of the building. It was terrifically sad.

I didn’t witness any of that horrible name branding that the news media is trying to pin on this whole thing:
(AMERICA ARISING! AMERICA AT WAR!)
just a horrific reality check that really things are very far from, as anyone would want, to being normal. 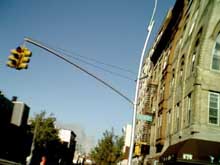 Today is extremely somber to say the least. The mayor has urged all of us,who do not have to go into Manhattan to stay home.

Feelings of helplessness are overwhelming while watching the ongoing news coverage. I stepped out this morning to buy the local newspapers and to survey the vantage point that yesterday held a different skyline. You still can only see a large cloud of smoke billowing up from over the river.

Thank you so much to everyone who expressed concern and worry,it is very much appreciated. Especially to my little sister who persisted in trying to get an open phone line late into the night. Unfortunately the magnitude of this is all just being realized I fear. 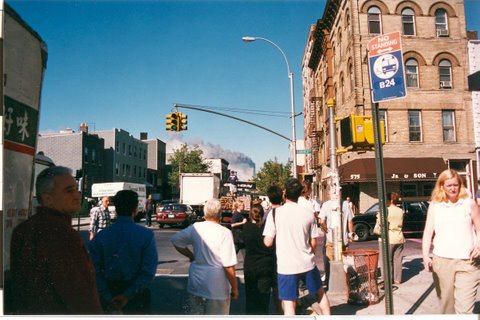 (Editorial post-script from the future: a completely weird aspect of keeping this blog was on that day it was my only communication device. The phones were dead but my sisters on the West Coast could see my posts and knew I was okay)

I don’t need to state what a horrific day this has turned out to be.
I feel somehow stuck in a surreal state of disbelief.

What started as a “honey,come look at the TV, the World Trade Center is on fire” yell, turned minutes later to a horrifying reality of the other Tower exploding and catching on fire right on live TV.

We both ran out on the street to see what was going on. From our block was a perfect vantage point to see smoke billowing off the top of the two towers. It become fairly obvious at this point that the incident was not a random coincidence. My sidekick here talked me out of trying to go to work.

A friend called a bit later to see if we were okay during the moment the first tower collapsed. Completely unbelievable. I can’t even fathom. And then the second one went. Our neighbor had stepped inside to grab his camera when the second tower fell. And with all the subways shut down and phone service not functioning,and the chaos on the TV, it has located me somewhere between shock and complete disbelief.

4:30PM They are now releasing amateur video of people that were on the scene as this all occurred and this is where it becomes unbearable.

I am in shock.

Both towers are gone now.

It’s too early to tell what the hell is going on (jesus christ-suicide bombings?) but here is a photo seen from my block, of the smoke pouring out of the World Trade Towers across the water in Manhattan just a few seconds ago. The subways have been shut down for the time and the city has been declared into a state of emergency. 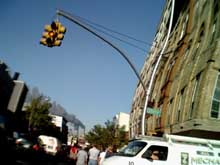 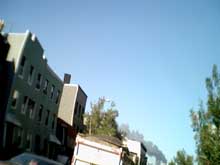 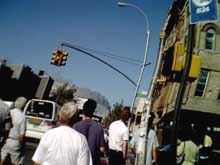 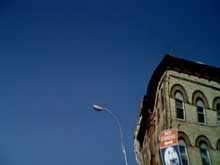 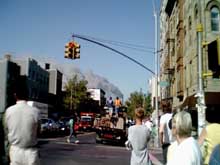 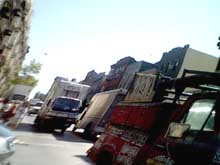 (I had started the day in typical fashion, posting trivial information)

“A girl with other goals can only stand the 9 to 5 routine for so long before it breaks her…..”

Unfortunately Scraps of Paper has witnessed the cold harsh reality we now have to consider our life.

But on to more pleasant things…
Al Hoff has updated her ThriftSCORE site (the outgrowth of her long running ThriftSCORE zine) with some new scribblings. Check out what the queen of thrifting has to say about the curios in her Pittsburgh life.

“Al Hoff walked it, talked it. She has every K-tel record made”.

I like this cheery photo-site podular.net from Melbourne. They’re just getting into spring down there.

While I am praying for the advent of sweater weather,Peta writes:

” it seems that spring just could be right around the corner. the weathers warming up, birds are chirping and leaves sprouting. i don’t know why i’ve found this winter to be so cold, it’s nothing compared to other places around the globe.”