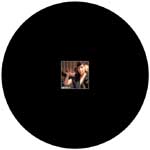 Björk has been voted the most eccentric star in the work in a recent survey for British magazine BBC’s Homes and Antiques. Former UK boxer Chris Eubank came in second, with Ozzy Osbourne in fifth place.

The BBC News website reports that Björk remains internationally well known for wearing the famous “swan dress” to the Oscars in 2001, as well as for her distinctive musical style.

The last time I returned from Iceland, the running joke at the time seemed to be for everyone to ask me, “Did I see Björk ?”
The closest I came then was finding her name in the phone book. Of course there are hundreds of Björk’s in the Reykjavík telephone book (alphabetized by first name) , but only one was bold faced, so I took it as proof.

So this time I have been waiting, and no one has asked. The funny thing is she was on my flight on the way over, from New York to Iceland. Five minutes before the air crew closed the plane door for take off, two final passengers entered, Björk- holding the hand of her daughter and looking very uncomfortable. She was so dressed down and headed to the back of coach class with the rest of us that I almost thought it was just someone who looked like her. The constantly swiveling heads in her direction of every 20-something on the plane verified it was definitely her. I was impressed- no entourage, no security, no Saga class (you know- those who pay extra to sit at the front of the plane). I felt sorry for her, if she really is as shy as I’ve heard reported, then something as simple as boarding an airplane becomes a public ordeal. So no, I didn’t venture back and ask her for her autograph, although I am sure others did. The middle age couple sitting next to me remained blissfully ignorant that a celebrity was in our midst, and by the time I left the plane I was so out of it, I neglected to wonder if I would see her at baggage claim. Of course I did not.

I am actually a large fan or her music and it was interesting after witnessing an inkling of what is the Icelandic driven personality (by being there for a bit), that she is really, I don’t think so completely weird as is reported. Talented and driven and given to championing unusual designers, but absolutely a serious artist. I think she has been so well known, for so long in her homeland that she sits in the news somewhere besides the Prime Minister of Iceland. It must be an unusal thing to be so famous in a country that prides themselves on treating everyone the same.

However, that principle didn’t seem to matter when Kiefter Sutherland was in town merely because his band was playing – rating a full page article in the daily Fréttabladid,much to my amusement. I couldn’t tell why he was garnering so much ink- did he die? I found out later unfortunately that was why Richard Pryor was featured.