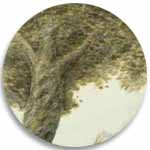 If you are in Seattle this weekend**, you should know about SOIL Gallery’s 10 Year celebration , auction and book release partythat is occurring at Western Bridge (Friday September 30th- 7pm to midnight).

SOIL Artist Run Gallery is publishing a book to celebrate it’s ten years of going strong, and its a beautiful and ambitiously realized project that took three years to complete. Not only is the book a fine capsule of what is going on with SOIL right now, featuring profiles of current members and accompanying essays by such local writers and artists as Katie Kurtz (now departed), Fionn Meade and Stefano Catalani, but it’s a great overview of what has happened in the Seattle art scene over the past decade. Many working artists in Seattle have had some brush with SOIL along the line, thus documenting the importance of the gallery as a concept.

In the forward to the book, artist and SOIL member Yuki Nakamurawrites:

Because of the small number of contemporary art galleries, economic shifts, and a need for international connections, artists in Seattle often hope to move to larger cities, such as Los Angeles, New York or Chicago. In contrast to this trend, SOIL has been attracting emerging artists eager to establish a community— a space for innovative and collaborative artistic and curatorial work, dialogue with other artists, and the exchange of ideas and resources.

I was surprised myself to see how many names have been affiliated with the gallery and as they state their original purpose was to grow an art community, not an art institution. And so, numerous locations and multitudes of members later they are still going strong, which is phenomenal for any arts related organization. 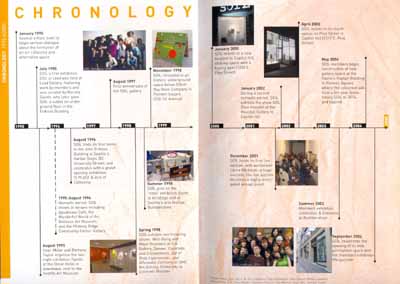 Go here for a list of artists who have contributed work for the auction(live auction begins at 8:30pm). SOIL member Randy Wood is showcasing the piece he has going into the auction on his site right now- check it out.

** Who are the scheduling powers to be that be that decided all roads lead to art openings on September 30th both up here and in Portland this year? I believe it must be the official start to the Fall Art Season.