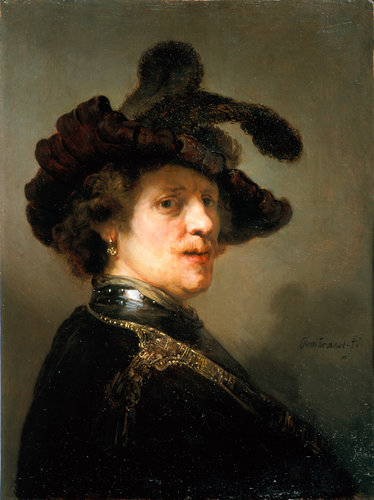 I came across Ken Johnson’s brief mention in the NYTimes that Girl With Earring and Entourage will be coming to The Frick. Sure enough Vermeer, Rembrandt, and Hals: Masterpieces of Dutch Painting from the Mauritshuis opens today. I had no idea that Vermeer’s Girl With A Pearl Earring had not been shown in New York City since 1984. She will be in good company since The Frick is privy to three Vermeers in it’s own collection.

I was lucky enough last April to see this show when it was installed at the de Young in San Francisco and it was quite the treat. I was reminded once again that my brief excursions down to the Bay Area have enriched my museum going life far more than I give credit. This year I was lucky to go more than once getting a chance to return to the de Young in July to see their Diebenkorn exhibit, which I am still trying to wrap my mind around.

I would like to point out the de Young and the Frick enlisted two entirely different marketing campaigns for the same exhibit. Much to my disappointment, there will be no winking girls with pearls at the Frick.