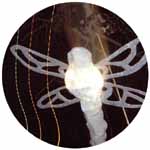 Yet, enough downersville here at the notebook.

I’ve always wondered and basically have romanticized what it would be like just to have a month where you had no obligations, etc. and really that is what a residency is. So it’s interesting what you find yourself doing, pondering and executing when you get it.
The more positive aspects of the previous month found me reading, writing, and listening to music and books on tape I’d gotten from the library (as I worked) and thinking about what I like in this world and things that would be good to eliminate, you know things you get caught up in and can’t remember why. My gut reaction and final assesement is I want less. Less chaos, less stuff, less things surping up my time, less disagreeable demands. I think the whole world actually feels like this, it is not original. This grand multi-tasking thing, not sleeping and all that has a hollow ring to it.

This is not earth shattering news, yet most of us who make art end up participating in society that way though. With day jobs and some semblance of a domestic life your little pie gets cut up rather quickly, you must steal or rob your day of all the time you can get. And most of us, not being machines need to turn off the all the noise for a bit before any semblance of what we really want to be doing begins. As Eva said on one of her radio shows that I listened to blissfully for company, she needs her nothing before she gets down to making art.

Spending time each day by myself, I realized the many things I kind of take for granted time wise: cooking a meal, reading a book, and of course making art all can take up the whole of a day. Even though it took me almost two weeks to get off the weird treadmill of scheduled stuff I keep in my head all day (and it didn’t entirely go away) it’s wild to shake out the other crap. Even in my physical space I wanted less; less visual stimulation, less color, less distraction. The irony was that I was spending my time making art objects, which means adding to more, but we’ll save that for contemplation for another day.

Any way, another topic that floated in and out of my brain of course is how I spend my time here on the web. I started thinking about what my original intent was and how I kind of pine for those silly days of innocent content and how can I get back there. It has been almost five years I have spent time putting something up on the web, however sporadically with much of the evidence changed, but my mental bean has been focused here, and it has been enjoyable enough that I jonesed for it took a chunk of time off after moving across the country a few years ago.

Even though it was a friend who worked at the time at Online Journalism Review that kind of insufferably dared me into putting up a web site, his, the now defunct site was called dangerousmonkey.com and was what I joking modeled this site after, the context now removed by five steps renders the name of this site almost meaningless. Yet it was a website called moonmilk that was truly my main inspiration for what I wanted to do.

I lived in Brooklyn at the time, and I had found (anonymously of course) another like-minded soul who lived in another section of Brooklyn, and used their corner of the web to document small moments in life. Moonmilk, the website is still up and running, and while not as up to date as it was at one time, you can still feel the same essence in the photos posted as of a person quietly documenting their life, through the food they see at the market, to the seasons and small things that happen in their neighborhood. That is what I wanted to do and it’s funny to think this is what provoked me to go out and buy my first digital camera.

Most of the photos I posted from then are now dismantled, but it was great those first few years to document, write and make observations about what I saw. It seems bizarre to think at that time carving out your space on the web was an unusual activity, and not that many people were on line. There is some thread of quiet from those days that I want to pick up and put back here and shape into meaning instead of an instilled sense of obligation that has crept into my words over the past few months, where I was trying to do far too much.