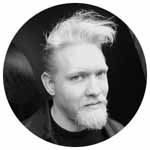 Oh no, local critic Regina Hackett publishes an article in this morning’s Seattle P.I. announcing that Portland is gaining on Seattle’s art world. This feeds right into the mouth of Portland’s avid art scene supporters, most notably curator/writer/artist Jeff Jahn. Touting Portland as gaining on Seattle in the sense of the art scene of course is a not news and laughable to anyone down there. Unfortunately she is right on the money in what she is stating- yesPortland has a new museum, yes Seattle drags behind in garnering enthusiasm, and of course the worst offence- Seattle blew it in city development. I live and work by the U-District and find this paragraph completely true:

Portland has a nice street of small businesses and shops along Southeast Belmont, bustling without being San Francisco-style boutique. The University District or Capitol Hill each might have had a Belmont if Seattle encouraged innovative urban planning and enlightened landlords.
What do we have instead along the Ave and Broadway? Big chains and panhandlers.

After a line-by-line comparison of PAM (Portland Art Museum) vs SAM (Seattle Art Museum), Regina concludes Seattle should stop looking down on its neighbor and hook up and include Vancouver into the mix. Yet, again, and I will include myself here- instead of laundry lists of failures, I’d love to hear/find a solution to this problem. Indeed, well grounded coverage of the Pacific Northwest would be great- so who wants to pay for the gas money?

On a more is more note, tonight at 5:00pm (PST) on Eva Lake interview’s Jeff Jahn on her Artstar Radio show, broadcast and archived for your listening pleasure out here. Tune in and get an earful of what Jeff has to say about Portland and the art world in general. I’ve been following the machinations of Mr. Jahn for a year now and while of course I can’t concur with everything he says, I was pretty impressed by his recently curated Fresh Trouble show and endless enthusiasm for what is going on down there.

Here is Eva’s blurb on what you might here tonight:

I will have Jeff Jahn on the radio. While he just curated two shows in town (Fresh Trouble and Inertia at Gallery 500), I plan on focusing a bit (if he’ll let me!) on the big picture. I’d like to talk about how his whole scheme as a curator has changed and grown since he’s lived here, what evolutions he’s witnessed amongst the artists and the town in a general sense and where is it all going. Knowing Jeff, the ultimate optimist, it’s all going to some good, grand, overwhelmingly better-than-New York place.I can’t say I agree, thought God knows it’s not like Chelsea is some joy ride.