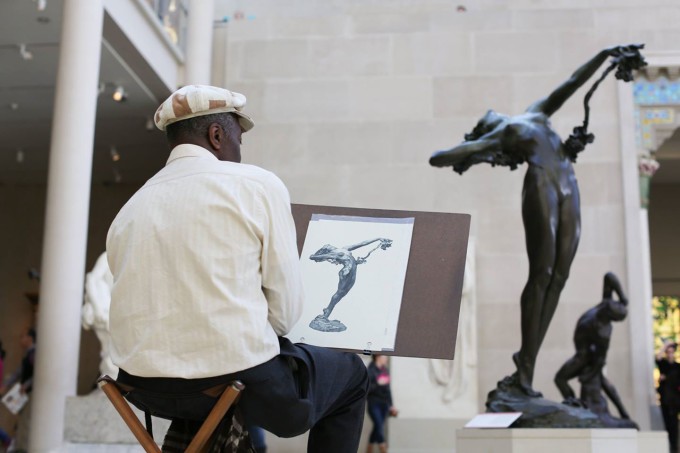 My friend Chris asked me this evening if I’d seen the Humans of New York GREAT ART MYSTERY POST (I had not).

Seems to have riled up a bunch of people. Panties in super tight wads. Without reading the comments on the HONY site I wrote her back my thoughts and then since I’m lazy thought I’d plop it here too.

(Dear Chris)….Just a few thoughts. So this is a whole kettle of fish. First of all, bully for Dwight for getting out there every day to do that. There are many people who sit and sketch at the MET and well I would think it would be kind of a grind, although I wish I had done it at least just once. But then I hate talking to strangers and people in general.

So I believe the issue here revolves around the authenticity of his work. It made me immediately think of an art movement in the late 80s called Appropriation Art, where people* were basically becoming infamous by copying or reframing other people’s (famous) art. That is not this guys intent but it gives me pause because art can be interpreted on so many levels, in so many ways. I’ve never heard the terminology inochrome that he uses, but then I am not a printmaker.

Apparently Dwight is basically starting with a coloring book. But then he adds his own thing. And he is sitting and making an art work of something that is already in the MET I assume. So we have various levels of copying going on here. So what.

There have been many uses of blow-up projectors and other mechanical devices to initiate art work. One of the most renown and meticulous painters Vermeer ( 17th Century) allegedly used optics, a camera lucida to assist his paintings….so this is not by any means a new argument. 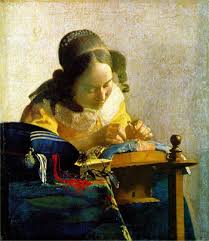 (above is a Vermeer)

I going to put myself in Dwight’s camp. So be it if it’s not original. People sketching in the MET are not sitting there to be original. They are making representations of something that already exists. I’ll eventually have to go read the comments that the HONY readers left, but I’m thinking give the old guy a break.

On a side note I wish I had two to three days to sit in the MET adding details to things.

Sketching, in pencil only, is permitted in all the permanent collection galleries of The Metropolitan Museum of Art. Sketching is also permitted in most special exhibitions; please inquire at the Information Desk in the Great Hall about current exhibitions and guidelines.

The use of ballpoint pens, ink, markers, fountain pens, or watercolors is not permitted at any time. Crayon, pastel, and charcoal are permitted only on Museum-supervised tours that specifically authorize their use.

While sketching, please do not hinder visitor traffic flow in the galleries.

During periods of high attendance, the Museum reserves the right to make any necessary adjustments to this sketching policy.

Sherrie Levine is the most famous example of an Appropriation Artist that comes to my brain.

For the record her art still annoys me because I am not sure after all this time what the point of it is, besides to get a lot of attention. Clearly I could be talking out of both sides of my mouth, as I think what Dwight is doing is innocuous and what Levine demonstrated was obnoxious. Or worse yet plain boring. 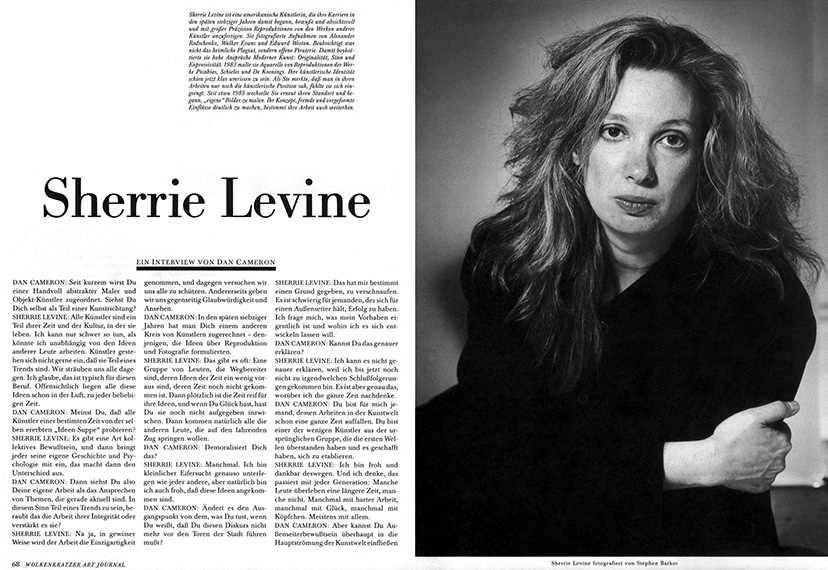 Just attempted some of the HONY comments on Facebook, a veritable troll-about-free-for-all. Don’t read the comments.